You are here:
BlogRetail News 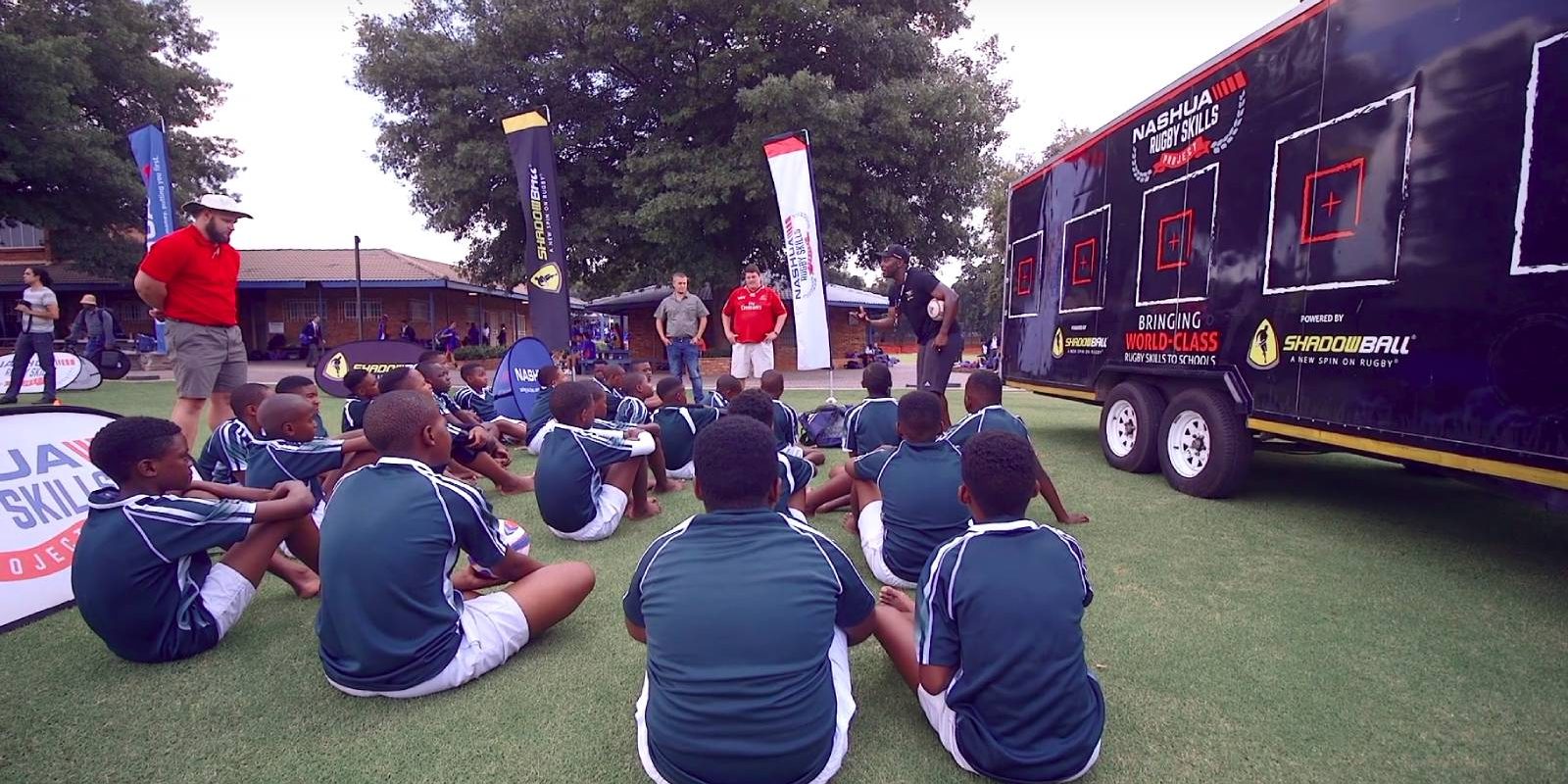 A great partnership between ShadowBall and Nashua that has put “a new spin on rugby” is successfully driving into its third year. The much lauded Nashua Rugby Skills Project (NRSP) is the only inter-schools rugby skills competition in South Africa and the largest in the world and has enabled local winning rates to soar.

“ShadowBall is a much needed skills training aid and programme that solves the big problem of skill deficiency in our rugby players,” says inventor and director, Gary Crookes. “This great partnership highlights Nashua’s incredible commitment to SA rugby and we have seen enormous improvements in players over the past two years.”

Across all the 5,000 players and 140 schools the project has achieved the following:

Using scientific data every step of the way, the NRSP team runs a high-tech leader board on their website for players and teams to keep track of progress and a R30,000 prize is awarded to the winning school. Additionally, nearly R50,000 in prizes is distributed to players from ShadowBall and their partners.

The programme has shown to be an exceptional fitness and skills development tool for children and has a strong social responsibility angle where at every event a development school participates.

This year, the NRSP has grown from 32 to 35 host schools and doubled the number of schools to be accommodated at each event to four.

The half a rugby ball and its science-backed training programme has also achieved international acclaim and it is now being used by players from outstanding teams such as the All Blacks, Wallabies, British and Irish Lions, Scotland and has been officially endorsed by the hosts of this years’ Rugby World Cup, the Japanese Rugby Union and top pro Japanese team the Sun Wolves.

Locally, the concept is used by several Springbok and Springbok 7’s players plus provincial teams such as the Sharks and Golden Lions. It has also been endorsed by acclaimed former South African rugby coach, Jake White, who coached the Springboks to victory in 2007 Rugby World Cup. In 2018, the NRSP was nominated for two Sports Industry awards in the categories of Cutting Edge Sport and Best New Sponsorship.

The NRSP has always aimed at making a meaningful increase in the rugby passing and catching skills of players at grassroots level and positively impacting school communities through rugby, engaging them in an inclusive and exciting way. Judging by its trailblazing path, year three of the NRSP is set to continue this trend.

Media are invited to the launch of the 2019 Nashua Rugby Skills Project taking place at St Benedict’s School in Bedfordview, Johannesburg on Wednesday, 23 January at 1pm.

In attendance will be former Springboks Gcobani Bobo, Morgan Newman, Conrad Jantjes and ShadowBall inventor and Director, Gary Crookes. Media will get a walkthrough of the event, a chance to chat to the sports celebs as well as Nashua execs, and then see the players go through the skills challenge.

Great ref🇿🇦, amazing heart❤️ ;😳but skills may need work 😂
November 27, 2019
Cart
Shop
Go to Top
Sign up for our newsletter and get
FREE RUGBY DRILLS
You will recive an email with 7 skills drills you can do on your own with a rugby ball
Give it a try, you can unsubscribe anytime.